What is the function of an artist in society?

The function of the artist in a disturbed society is to give awareness of the universe, to ask the right questions, and to elevate the mind.

In 2020, during peak pandemic, a Singapore Times poll classified artists among the top non-essential jobs. Ironic, most of us relied heavily on the arts, especially performing arts to cope with the lockdowns. From Netflix or television shows, to listening endlessly to Spotify playlists, or taking up that instrument or paintbrush again – performing arts added rhythm to our routines, lent harmony to the humdrum.

Throughout history, performing arts have been an integral part of society – religious rituals painted on cave walls hint at the role of music and dance in pre-historic lives, Greek hieroglyphs depicted the drama that ensued in the continuity of life, the Vedas mention the ‘tandav’ – a dance that gave birth to the cosmos.

World over, performing arts have drawn inspiration from traditions to represent human creativity. They are testimony to our cultural heritage. Since ancient times, the performing arts have diversified greatly – oral histories, songs, instruments that harness wind, string, metal, or other material, dance and movements, spoken or silent renditions, street and stage shows, solo or group performances.

Yet like all cultural artefacts, performing arts are often reluctant to change or transition. What’s worse, many of them have carried forward traditions that are outdated and oppressive in this day and age – race, ethnicity, gender disparity, class, caste, religion, misogyny, patriarchy, among others. After all if art is an expression of society, it will reflect the social constructs and stereotypes that define us.

Which brings us back to the question, what is the function of an artist, in disturbed times or otherwise? Is there meaning behind the graffitied walls, a rebellion brewing in underground music, a sombre chord struck by cartoonists depicting environmental depravity, or an unrest festering beneath political dramas? Can art born and shaped by an unjust, skewed world, transcend cultural boundaries, social constructs and traditions, and redefine society? Can art allow us, as a species, to be more resilient and resourceful? We believe it can. 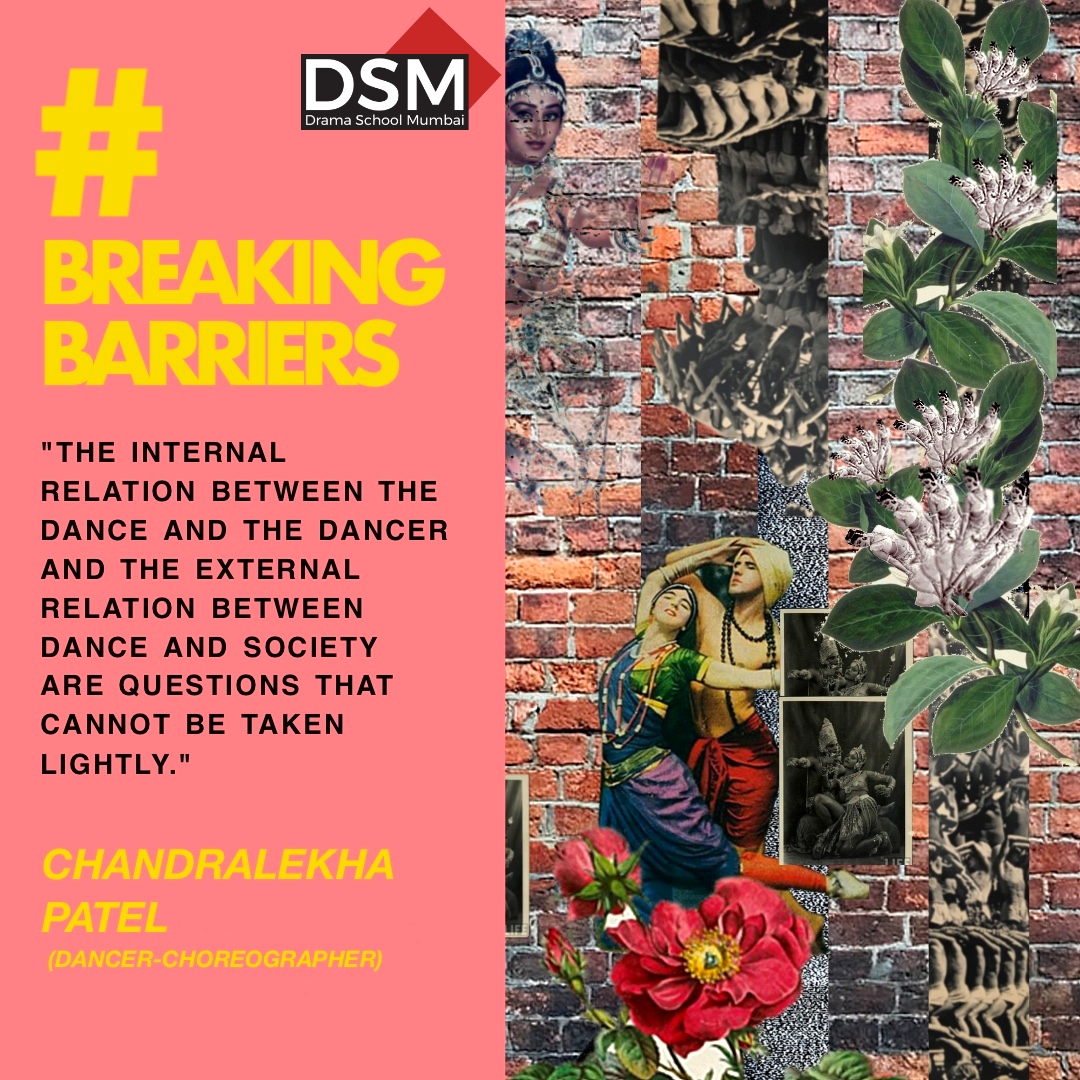 Art, freedom and creativity will change society faster than politics

30th December, 2020 marked the 14th death anniversary of dancer-choreographer, Chandralekha Patel. In 1984, at the East-West Dance encounter, Chandralekha penned her thoughts on ‘the internal relation between the dance and the dancer and the external relation between dance and society are questions that cannot be taken lightly’. Her essay has been reproduced by The Wire here, and raises questions on the traditions, creativity, and modernity that can shape dance as a discipline.

Over the next few weeks, we’ll be featuring artists or performing art practitioners who are defying the norm, to revive and redefine classical forms, or adding a new twist to more contemporary ones. Here’s to #BreakingBarriers with performing arts! Skim through our social media feeds on Facebook, Instagram, LinkedIn and Twitter for inspiration.

Theatre has also been used to stage protests or voice dissent: from Hong Kong’s pro-democracy umbrella protests, to the secret, underground Belarus shows, or the Bread and Puppet street theatre in New York.

In the words of Girish Karnad written as a message for the 2002 World Theatre Day, “the world has never before had as much drama as today. Radio, films, television and video inundate us with drama. But while these forms can engage or enrage the audience, in none of them can the viewer’s response alter the artistic event itself. The Myth of the First Performance (note: the first chapter of the Natyashastra details the first drama depicting the conflict between gods and demons)  points out that in theatre, the playwright, the performers and the audience form a continuum, but one which will always be unstable and therefore potentially explosive. That is why theatre is signing its own death warrant when it tries to play too safe. On the other hand, that is also the reason why, although its future often seems bleak, theatre will continue to live and to provoke.”

Not all theatre however, is aimed at political upheaval – but can theatre play other roles at a grassroot level in society? Can theatre enable communities to bond, identify local issues, challenge cultural stereotypes, and equip audiences with the socio-emotional courage to face reality?

‘I Believe Dance is a ‘Project’ To Enable a Recovery of the Body, of Our Spine’, essay by Chandralekha Patel, the Wire India

Staging a revolution: can theatre be an effective form of activism? The Guardian

Art as a form of protest (with special focus on theatre forms and their evolution) Flaneuse15, on Medium

At Drama School Mumbai, one of the best acting schools in India, we aim to teach aspiring artists to find their voice as actors, writers, directors and more. We offer a number of exciting courses including our PG courses on acting and theatre-making. Check them out here.

‘I am a Chhara, Not a Criminal’: Budhan Theatre member Atish Indrekar on using theatre for social justice