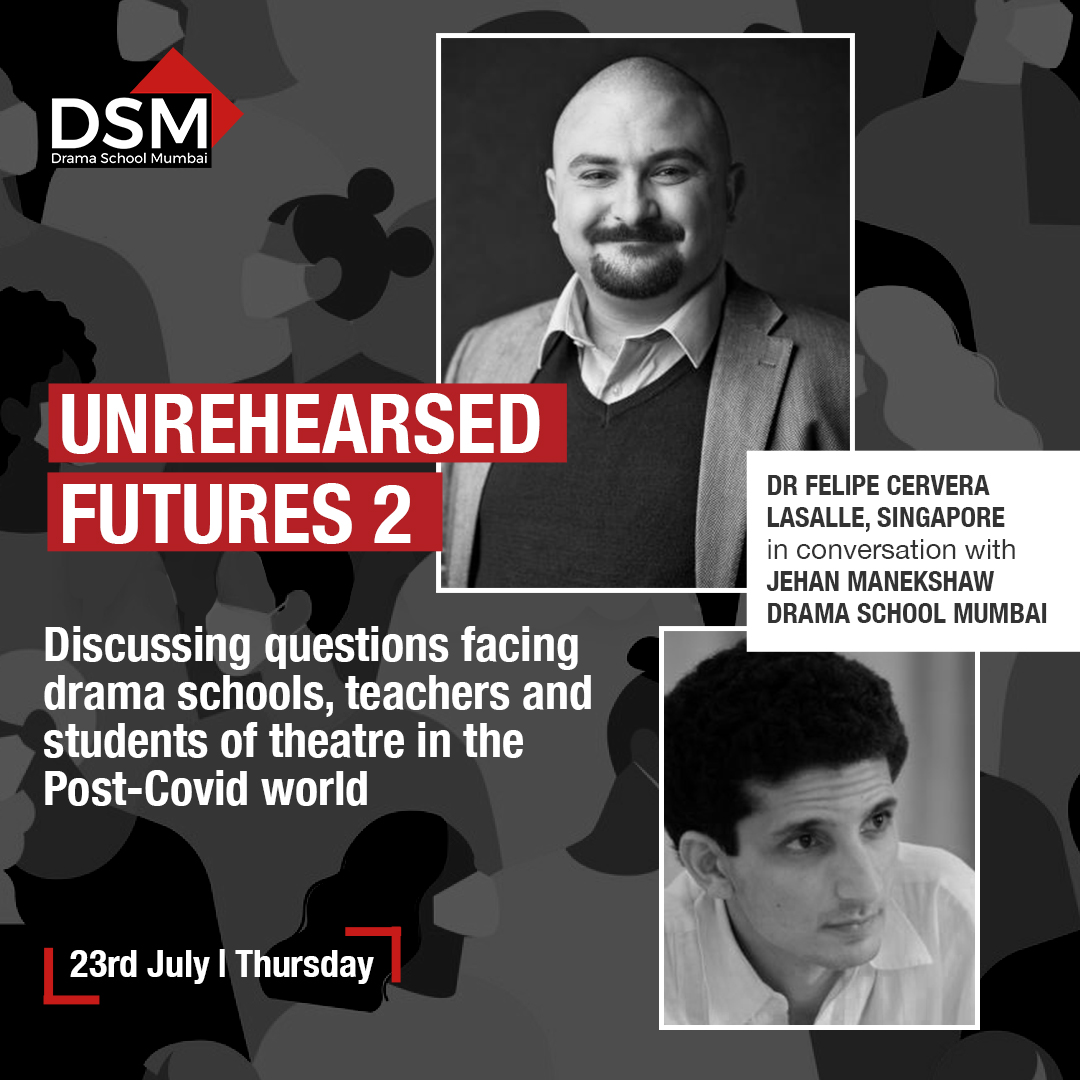 It has been four months since people around the world have been locked up in their homes due to the novel coronavirus taking residence in our midst. As it affected all other disciplines, this situation threw up a whole new challenge for theatre-makers who were now told to say goodbye to physical performing spaces, an integral part of their livelihoods.

Several practitioners took this up as a challenge and responded to the situation with exploring performances and workshops on Zoom, an audio-visual, online chat services platform that is used for teleconferencing, telecommuting, distance education and social relations. A spate of free (and some ticketed) performances followed on Zoom, hoping to answer the critical question: How do we capture the immediacy and live-ness of theatre in a virtual space? Is Zoom the answer?

The current situation has become a challenging space for drama schools to exist in. If students and teachers can’t congregate in the same physical space, how do we teach theatre in such a scenario?

Answering this and more, Dr Felipe Cervera, a Mexican theatre and performance maker and lecturer at the Lasalle College of Arts, Singapore, said it is crucial to understand what this pandemic-driven disruption means, to begin owning it and meeting the moment at this point in time.

“In this moment of the pandemic, in theatre and performance, it is precisely important that we take a moment to breathe in and to realize, ‘Right, where are we?’ We have all been reacting to a global scale emergency, to a global scale pandemic and we have been thinking on our feet, which as theatre-makers, we are very good at. We have been improvising the moment and the play hasn’t collapsed yet. The show has gone on.

But what next? Especially for theatre schools?” he asked, at a recently-held Unrehearsed Futures talk, a series of webinars discussing questions about drama pedagogy and theatre training facing drama schools, teachers and students of theatre in the post-COVID world.

The way he sees it, theatre schools have very specific challenges. One of them is the disciplinary format theatre teachers have adhered to for much of the 20th century i.e. somatic, live synchronous teaching, which is exactly the thing we, including DSM, can’t do now.

Furthermore, how can drama schools deal with this without having to sacrifice livelihoods, without sacrificing theatre? How do we deal with it without falling prey to, ‘Let’s just do Zoom’?

Theatre-makers and schools need to stop and think. While there have been numerous Zoom performances, that is not what the platform is meant for. “We have been misusing tech. That is important to realize, and continue to do” says Cervera.

What the theatre community is currently experiencing is “planetised”, i.e. in space and time everywhere. At the moment, nobody has a template to how to respond to such a situation but Cervera believes this means there is a great opportunity for creativity. “I don’t mean to say this in the corporate sense of ‘innovation, disruption, so let’s bring on new tech’, but really take a moment to think about theatre: think about things we have taken for granted, many of them collapsed and cancelled at the moment, but will return. How do we return?”

The current scenario for higher education is frightening. The enrolment rate is expected to drop drastically worldwide and several universities are expected to close.

Speaking of Lasalle’s response to the pandemic, Cervera says the country heard about the virus in early January and by February, and 30% per cent classes went online as the initial measure. They had begun planning for what would eventually turn into a massive disruption. By April-May, productions, which were in tech week and due to open in a week, went online. While he acknowledges that they went with the moment and did well, it doesn’t guarantee their success for the next academic year. It doesn’t guarantee there will not be a drop in recruitment because if they can’t teach theatre the way they used to, so why even bother enrolling and paying a fee?

Looking back, there are four key questions for Cervera that theatre-trainers, teachers and schools must think about before deciding how to move forward with drama education today:

Sharing some of his reflections prompted from Lasalle’s response to the pandemic, Cervera believes theatre isn’t dead. Principles of theatre and teaching theatre are under pressure. The following thoughts are an attempt to reflect upon how theatre and theatre pedagogy can adapt to these changing times.

In reaction to the pandemic, Cervera believes the community suddenly forgot about the public space. Everything became about immediacy and live-ness. “ We became so focused on liveness of somatic and embodied learning that we forgot about the other dimensions of theatre,” he says.

To speak of media skills in actor training has also become a name-holder, in a way. What exactly are these media skills? Does it mean schools should now teach editing, filmmaking, video and sound recording, video art etc.? It is important to think about the specificity. Does this mean theatre schools have to reconsider a curriculum of theatre and theatre training?

“As theatre educators, we have a lot of issues grasping that. How do I observe my student is doing what I’m doing? We need to be thinking about these things. A key point here is that a lot of the people we study, Stanislavski to begin with, did not go to a school to study theatre. They were autodidacts. They taught themselves how to do theatre. It is not the first time that theatre realizes that teaching oneself is a way of training,” says Cervera.

While there is a lot of discussion on what the future of theatre pedagogy must be, it is interesting to note the etymological roots of the word “pedagogue” itself. Derived from the Greek paidagōgos, it means ‘a slave who escorted children to school.’ “It refers to the experience of walking and reporting knowledge. Etymologically speaking, the pedagogue is a companion,” he asserts emphasizing on the need to de-construct the authority of the teacher as the central bearer of knowledge in an education system.

“One of the reasons we hold on to synchronicity and body-to-body contact is because we keep holding on to the teacher as the verifier of knowledge. But the knowledge a student can access or experience in the room asynchronously is not any less valid than the one they are experiencing with the teacher inside the room. It is different.

“So how they understand the world, that is important,” he explains, “It is not just about Tadashi Suzuki. It is about what Suzuki does to the world.”

Drawing from his own research, Cervera also talks about the need to let go of geographical binaries of East and West, North and South and instead focus on multi-polarity. Inviting collaborations with teachers across the planet is a way to enforce the planet as a learning environment, not just the physical classrooms one teaches in.

Cervera says if we haven’t realized this by now, we haven’t really been listening. Online theatre training does not necessarily mean interacting only with screens. It is an interface but the experience of making theatre can continue to happen offline. “Of course, it is about a lot of documentation but it is also about how the student reports the experience of making. It is also about how the student creates impact on the immediacy of their environment.”

“If you think about it, we’re all synchronous in as much as living on the planet. What is asynchronous, if anything,” opines Cervera, “is day and night.” This means somebody can be teaching at night and somebody can be learning during the day. That is the experience of asynchronicity.

“Once you’re there, it is not a huge leap to think that the planet is a classroom. It is a re-evaluation of the sense of co-presence. We are always co-present. Presence and co-presence don’t happen only when we are in the same room. It happens when we experience the planet at the same time: as living beings with other living beings.”

In such a tumultuous time, it is critical to examine what is the agreement of drama schools with their students. If physical teaching is hampered or limited, and being in a time where there are going to be fewer jobs, fewer theatres and a changed practice, what skills will schools be teaching their drama students? Are we expecting theatre to go back to what it was?  What will be the vocabulary for such teaching: presence/absence and co-presence; virtual, virtual reality; media and mediation. When one is online, is one absent?

In response to these questions, Cervera says by enforcing co-presence into Zoom, we have forgotten about other possibilities: slow work pedagogies, smaller classrooms, which will not be profitable immediately but they exist.

“For me to think that Zoom sacrifices the embodied learning and embodied teacher is not really the case. But learning will always be embodied. It is about how you translate that to the student,” he emphasizes.

He goes on to use the example of The Ignorant Schoolmaster: Five Lessons in Intellectual Emancipation, a book by the philosopher Jacques Rancière (1987) which is about a teacher who taught French to a group of students without knowing French. Posing peer learning as an important part of learning, Cervera believes learning of any form is always embodied. “It is provocative to think how do I teach my students any technique without leaving the room? What other encounters can I facilitate? How many people can be in the room?”

Theatre is not dying, nor is it going to. At present, it is crucial for theatre-makers to reflect on the past and see what they want to bring through the conduit of the present situation and into the future. 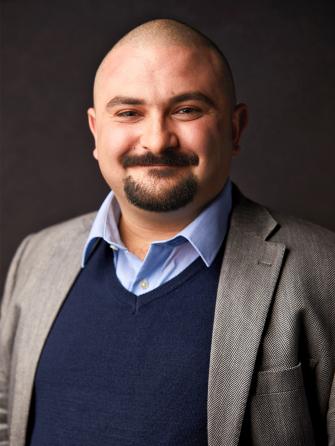 Felipe Cervera is a Lecturer in Theatre at LASALLE College of the Arts (Singapore) and Graduate Faculty at the Centre for Drama, Theatre, & Performance Studies of the University of Toronto. His research interests are collaborative academia (teaching and research), and in the interplays between performance, science, and technology. His current research develops two lines of inquiry within what he defines as planetary performance studies: understanding the planet as a critical metaphor for collaborative methods and practices in the context of theatre and performance studies, and as a material condition for theatre and performance on earth and outer space in the 21st century. He serves as associate editor and co-editor of the international peer-reviewed journals Performance Research and Global Performance Studies, respectively. 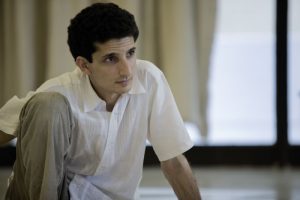 Jehan Manekshaw is the Co-Founder and Head of School at Drama School Mumbai. He is also the Co-Founder and Managing Director of Theatre Professionals Education. He completed his Masters in Theatre Direction from Birkbeck, University of London. He is a recipient of the Sangeet Natak Akademi Ustad Bismillah Khan Yuva Puraskar. Jehan has taught at Ninasam, Attakkalari Centre for Movement Arts, St. Xavier’s as well as Shinshu University, Japan, and NSD’s T.I.E division in Agartala.