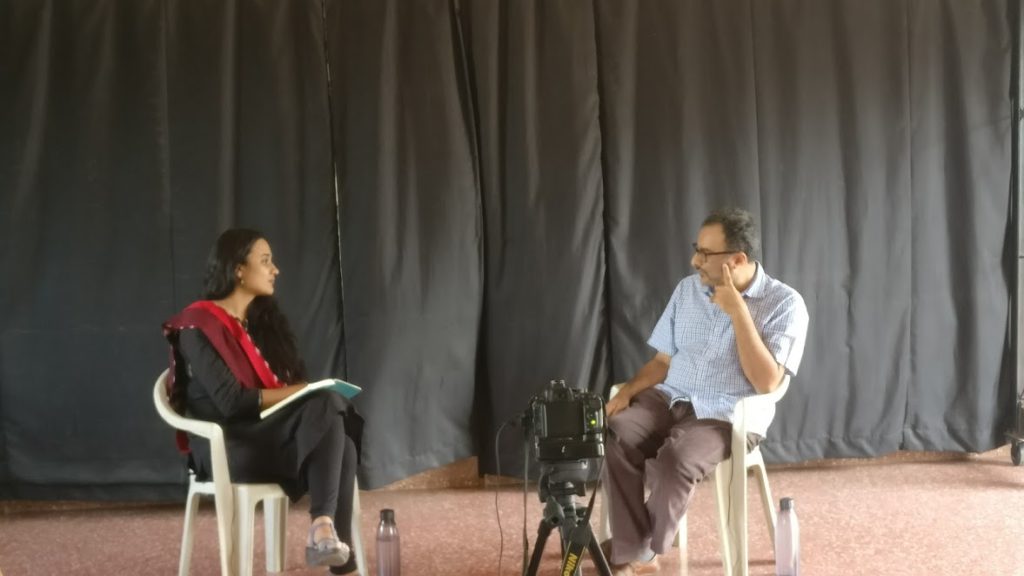 He shares a love-hate relationship with Mumbai, the city which is at the heart of most of his plays. She has been lighting, directing, and conducting workshops all across Mumbai. The two collaborated for Ambu and Rajalakshmi, officially. But unknown to Ramu, she has lit most of his play-productions for the past few years.
Gurleen Judge and Ramu Ramanathan kick-start the Conversations@theDSM series, a celebration of the guru-shishya tradition in theatre, at Purandare Hall in Mumbai Marathi Sahitya Sangh.
END_OF_DOCUMENT_TOKEN_TO_BE_REPLACED

Explorations with Body, Sound and Space with Sanjukta Wagh 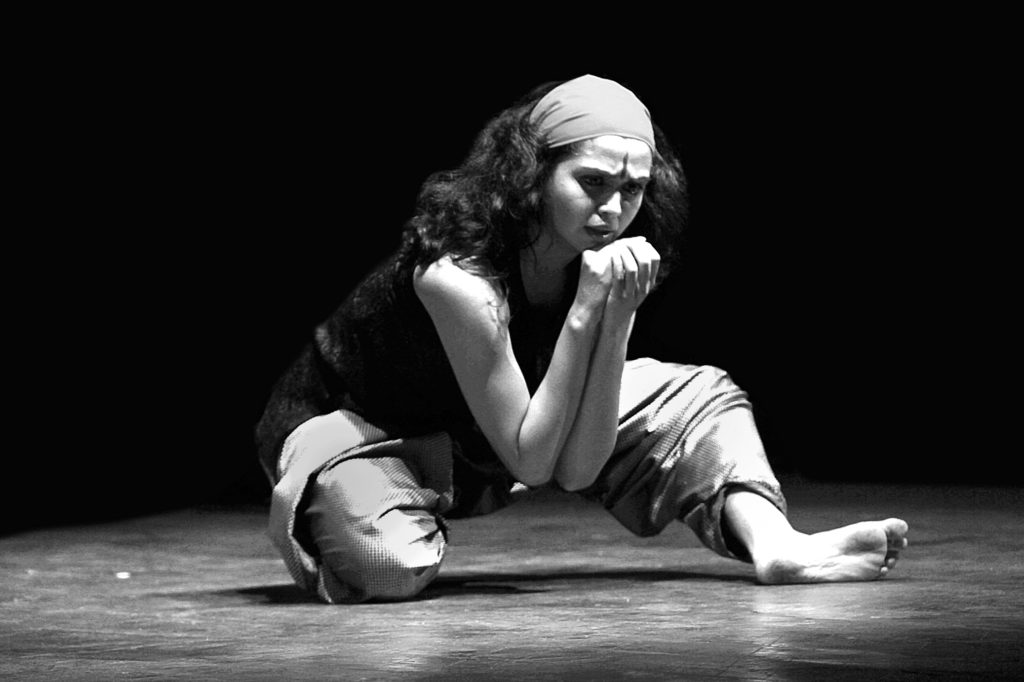 The Drama School Mumbai has arranged yet another Foundation Skills in Acting workshop in November. Conducted by dancer-actor Sanjukta Wagh, ‘Exploration with Body, Sound and Space’ will focus on learning to imbibe elements of sound and movement to enhance performance.
The workshop will use learning processes developed by Sanjukta which comprise of various methodologies – classical and contemporary dance techniques, Hindustani classical music, Voice-Movement therapy, Yoga, and improvisation within the movement. At the end of the workshop, participants will have an insight on using the body, space and sound in performance and understanding the basic elements of improvisation with sound and movement for performance.
Workshop takeaways:

About Sanjukta Wagh:
Trinity Laban Conservatoire of Music & Dance, London | Co-founder, Beej
Sanjukta Wagh is the co-founder of an interdisciplinary initiative called Beej, which is engaged in exploring the creative process and improvisation, alternative methods of classical dance, pedagogy, and collaborative performance, since the year 2005.
Sanjukta has trained extensively under Rajashree Shirke in Kathak and Pandit Murli Manohar Shukla in Hindustani music. Her engagement with theatre was honed by playwright-director Chetan Datar, Navarasa Sadhana training with G Venu, a year-long experience at the Trinity Laban School of Dance, London, her love of literature, and a deep unease with comfort zones. Encompassing all these have led to her interdisciplinary and exploratory mode of work.
Sanjukta has been a curator for dance at the Kala Ghoda Arts Festival in the year 2009, 2012, and 2013. She has been honoured with several awards and scholarships including the Vinod Doshi Award for Significant Work in Performing Arts, Sur Singar Samsad’s Singar Mani, British Council’s Charles Wallace scholarship among others.

Every theatrewala has a burning desire to perform onstage, but what one encounters before being onstage is the world of the inglorious backstage.
Backstagewala Koni is a narrative that gives inner shades from the life of a struggling actor who wants that one desperate chance to prove himself and satisfy his longing passion. He tries hard, struggling to enter a theatre group, to get even a single entry on the elusive stage. The performance humorously represents the variety in the life of a theatre actor, its audience, and critics, who come together to develop a full set of drama.
The play also deliberately points out the various different perspectives and ideologies of people who pursue theatre and arts. Backstagewala Koni is a story of a young actor and his overwhelming journey working backstage. But is he successful and satisfied at the end of it all?
Production House
Awishkar
Written and directed by
Yugandhar Deshpande
Cast
Geetanjali Kulkarni
Shilpa Sane
Umesh Jagtap/ Suhas Sirsat
Swapnil Sarav
Kiran Pavaskar
Duration: 50 mins
Language: Marathi
Date and time: 28th October, 7 PM
Venue: 5th Floor, The Drama School Mumbai, Girgaon, Mumbai – 400 004
Tickets: Rs. 200/-
Book tickets here.

After a small break in September, Conversations@theDSM is back in October!
This month we have veteran theatre actor and co-founder of RAGE Productions, Shernaz Patel, who will be interviewed. Shernaz has an immense experience in acting, not only in theatre, but also in films and TV. A multi-talented thespian, Shernaz was born and brought up in a theatre family as her parents, Ruby and Burjor Patel, have been two of the most prominent figures in Gujarati theatre.
Shernaz Patel will be taking us through her life, her idea of theatre, RAGE, and also give an insight about how growing up in a theatre family helped her as a person and a thespian.
END_OF_DOCUMENT_TOKEN_TO_BE_REPLACED

The DSM’s Weekend Acting Programme is back!
This time we have actor, director, producer, and Artistic Director of the Actors’ Cult Theatre Company, Maneesh Verma, conducting this acting workshop over three consecutive weekends. The details of the workshop are as follows:
END_OF_DOCUMENT_TOKEN_TO_BE_REPLACED

The Alexander Technique is a mind/body discipline, while achieving a proper understanding of the psychophysical self. As a performer, it brings about a sync of the body i.e. muscles, breathing and posture, in order to have better movement and deliver voice in an optimum manner. It also helps in keeping the muscles relaxed before, during and after a performance, and in the long run, helps keep you injury free and utilise movement and voice while avoiding inflicting stress and harm to both. 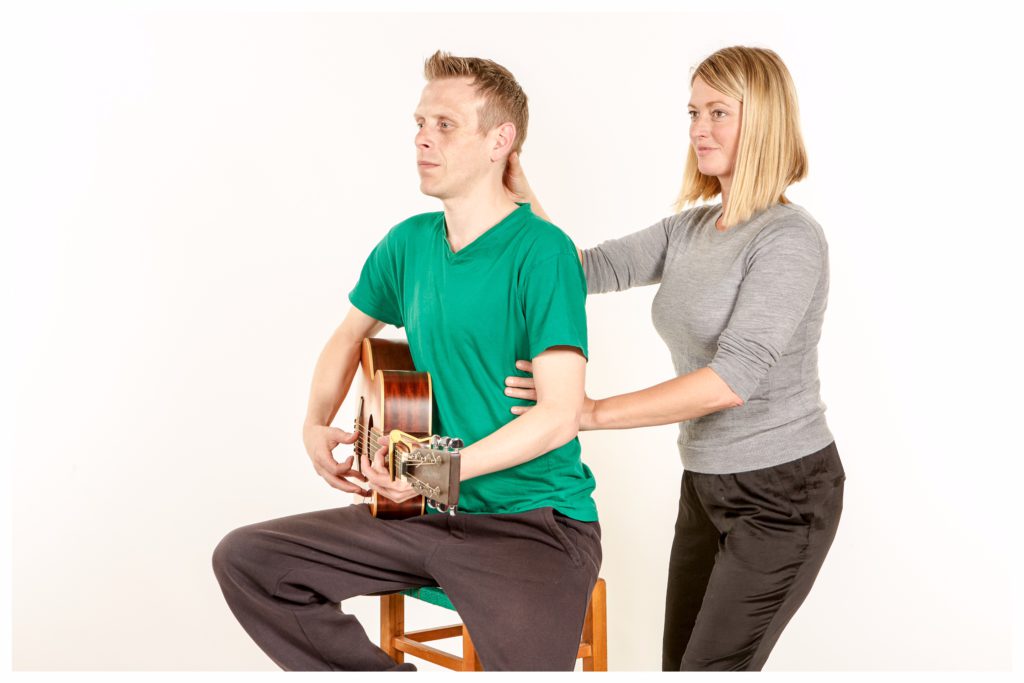 END_OF_DOCUMENT_TOKEN_TO_BE_REPLACED

The Course Director for MA in Acting at the Drama Centre London, Paul Goodwin, brings decades of experience and expertise on Shakespeare and acting for Shakespeare to India. The Drama School Mumbai has managed to get a couple of dates from the man and arranged a workshop on Acting Shakespeare.
The 2-Day intensive workshop will delve into the various aspects of voice, breathing, movement, and the verses that will help an actor unlock his true potential in Shakespearean acting.
The workshop will be held on the 13th and the 14th July 2017, from 8 am to 1 pm.
About the Instructor
Paul Goodwin
Course Director, MA Acting at Drama Centre London
MA in Voice Studies, Central School of Speech and Drama
Artistic Director, The Shakespeare Edit (a classical theatre company), London
Paul has been teaching and directing Shakespeare for professional actors and students for more than 30 years. He is the Course Director at the Drama Centre London, alumni of which include: Tom Hardy, Michael Fassbender, Colin Firth, Pierce Brosnan and Emilia Clarke, to name a few. Prior to the Drama Centre, Paul has worked extensively in Text, Voice and Artist Development at the Royal Shakespeare Company. He is currently working on directing a dramatised version of Shakespeare’s narrative poem – LUCRECE, to be performed in London as well as a production of Twelfth Night at the Vakhtangov school in Moscow
Workshop Takeaways
Open and widen the horizon of the voice and the imagination.
Find the impulse for breath and vocal and physical gesture.
Be free to play within fully explored verse structures.
Use practical tools to unlock Shakespeare for you as an actor
Workshop Structure
Day One: You will be given a piece of Shakespearean text, and through a series of practical exercises explore – through the body, voice and rhythm – the clues that are contained in the text, that lead towards an understanding that can then be communicated to the audience through a soliloquy.
Day Two: Building on the exploratory text work from Day one, you will work on a scene, and with a partner, explore the action in the scene. What characters want, and how, as in life, character is revealed through action. “Suit the action to the word, the word to the action” Hamlet’s advice to the players
Through this 2 day workshop, you will gain practical tools that will unlock Shakespeare for you as an actor, and provide you with a working method that will allow you to be more confident when you approach heightened poetic drama.
Dates: 13th and 14th July | Time: 8 am to 1 pm
Venue: Bhalerao Auditorium, Mumbai Marathi Sahitya Sangh, Girgaon, Charni Road East, Mumbai.
Fees: ₹4500/-
To Apply :
To Apply : Email a recent C.V. with a cover letter that tells us why you want to participate to info@thedramaschoolmumbai.in
www.thedramaschoolmumbai.in
facebook/TheDramaSchoolMumbai
+91 9619336336