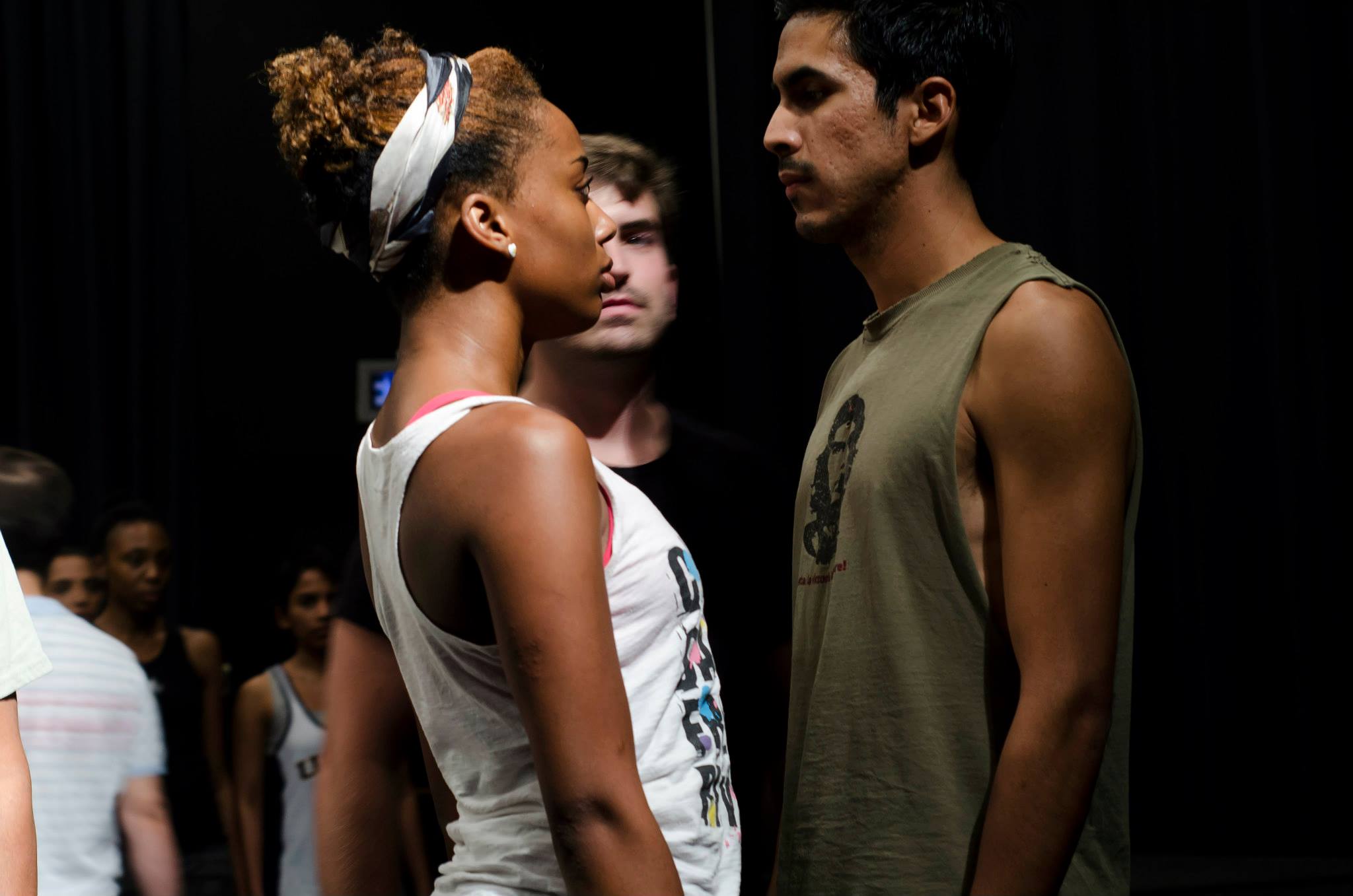 Apply for the Workshop: https://forms.gle/WpPHMkKR2nfnyg4Y9

Week 1: Suzuki Method
– Understanding fundamental theories and vocabulary of the Suzuki Method of Training Actors
– Focussing on restoring the wholeness of the human body and voice to the theatrical context
– Uncovering the actor’s innate expressive abilities
– Training in a rigorous physical discipline that seeks to heighten the actor’s emotional and physical power
– Cultivating a sharper awareness of one’s own strength, stamina and concentration.

Week 2: Viewpoints Training
– Understanding Viewpoints, training that breaks the field of awareness into individual subjects, dealing with the actor/director’s tools of Time and Space, all of which overlap
– Looking at one’s environment through the noticing of spatial and temporal phenomena to widen the artist’s field of awareness and attention
– Practising being and noticing one thing at a time

Introduction to the Suzuki Method of Actor Training

Ellen Lauren training with SCOT in winter of 2016

The workshop will introduce fundamental theories and vocabulary of the Suzuki Method of Training Actors. Developed by internationally acclaimed director, Tadashi Suzuki and the Suzuki Company of Toga, the Suzuki Training’s principal concern is with restoring the wholeness of the human body and voice to the theatrical context and uncovering the actor’s innate expressive abilities. It is a foundational training for any creative endeavour an artist wishes to undertake and does not dictate a style of acting. It is a rigorous physical discipline that seeks to heighten the actor’s emotional and physical power and commitment to each moment on the stage. Attention is on the centre of gravity and a vocabulary of footwork. Attention is on the specificity of movement, speed, balance and the ability to apply ’the brakes’.

The training is also designed as a metaphysical check into the invisible world of the artist. Focus, concentration, rich inner fiction and energy are measured and made visible. It is a training in presence, deepening one’s relationship to the sensation of performance. Rigorous or deeply meditative, this training seeks to restore sensation to the art of performance. 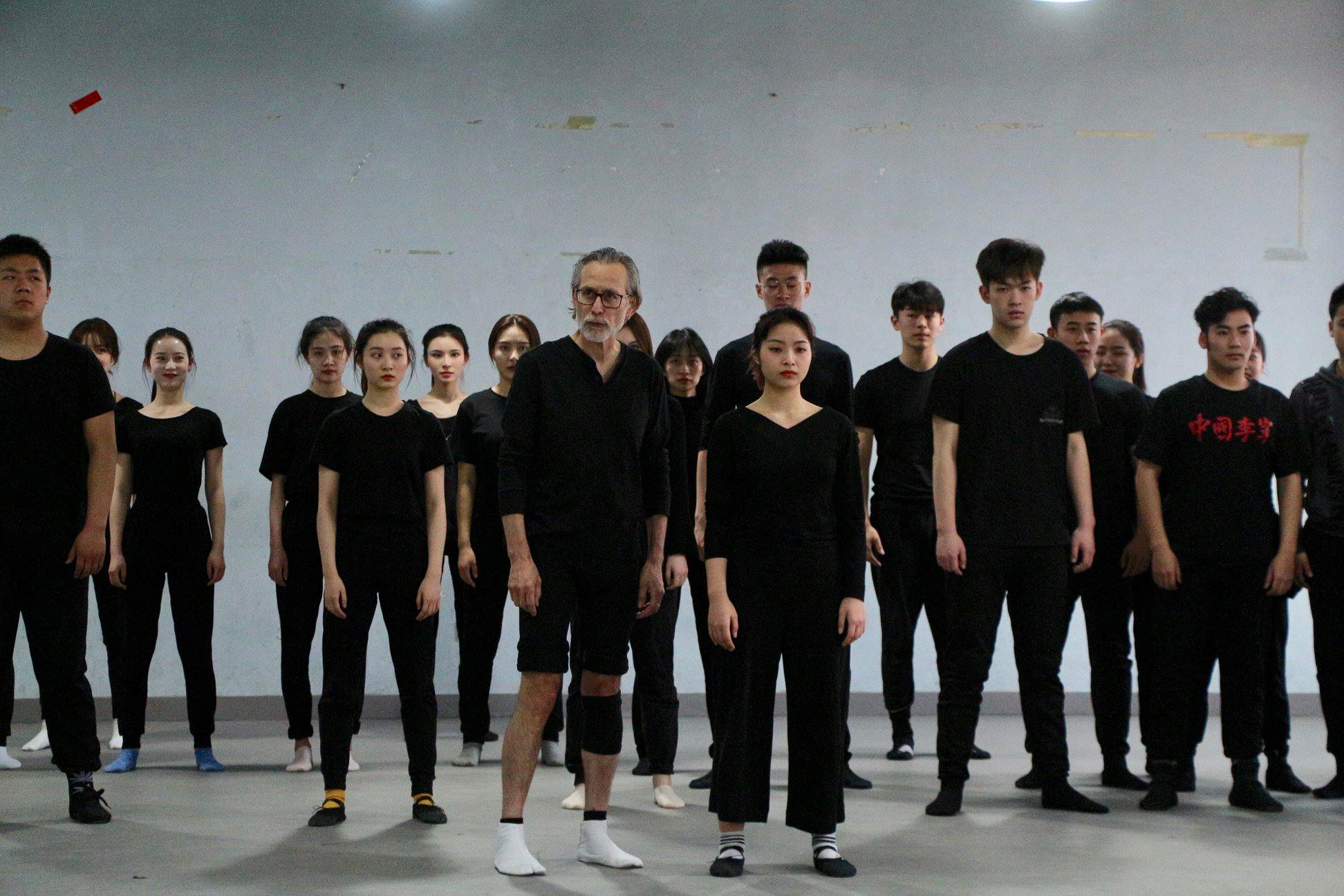 The workshop will introduce fundamental theories and vocabulary of Viewpoints.

A technique of movement improvisation, the Viewpoints grew out of the postmodern dance world. The Viewpoints were first articulated by choreographer Mary Overlie; who broke down the two dominant issues performers deal with—Time and Space—into six categories;

Mary Overlie’s Viewpoint work deeply influenced the SITI Company’s and its productions, primarily directed by Anne Bogart. For over 28 years the SITI Company has trained together and continued to explore Mary’s original concepts. As practised by SITI the Viewpoints allows a group of actors, performers and artists to form vibrant ensembles that function together spontaneously and intuitively, and to generate bold, theatrical work quickly. It develops flexibility, articulation, and strength in movement and makes staging more efficient as well as broadening the range of dynamic possibilities.

The Viewpoints were invented to deconstruct theatre, dance, and the concept of performance within the western cultural framework; as such it supports and encourages both individual impulses as well as the ensemble and does not dictate a style of acting or performance. The SITI company continues to teach an evolving form of Viewpoints, inspired and informed by Mary’s work and thought.

The Viewpoints and the Suzuki Method do not constitute a style but a foundation on which to build a responsive, holistic instrument prepared to work in a wide range of performance styles and media.

The Viewpoints allow a group of actors, performers and artists to form vibrant ensembles that function together spontaneously and intuitively, and to generate bold, theatrical work quickly. It develops flexibility, articulation, and strength in movement and makes staging more efficient as well as broadening the range of dynamic possibilities. It supports and encourages both individual impulses as well as the ensemble.

The training is also a philosophical approach to rehearsal and performance. 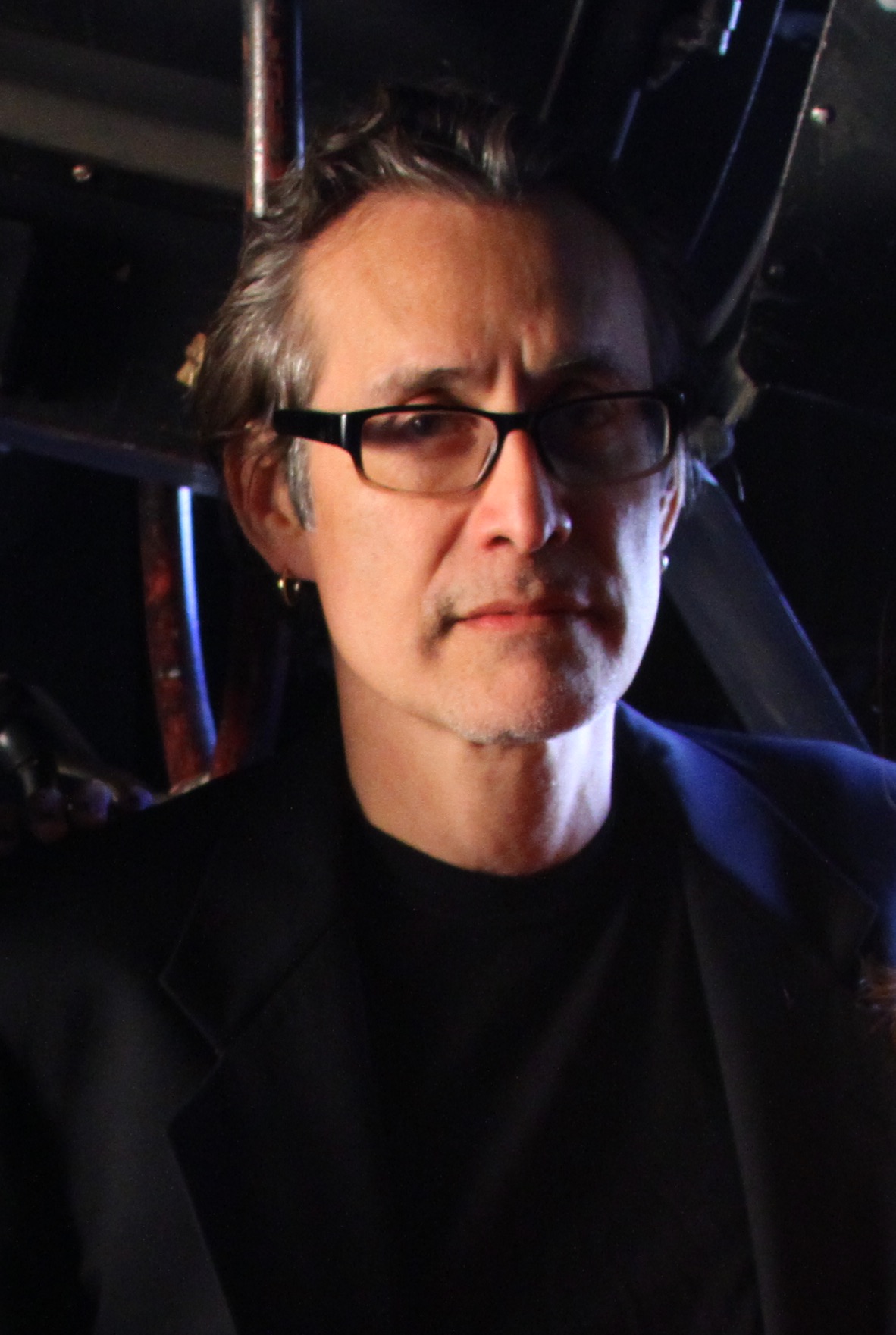 J.Ed Araiza has a long and varied history working on multicultural, cross-disciplinary projects as a writer, director and performer. Mr. Araiza is a principal actor and original member of the SITI Company, founded by Tadashi Suzuki and Anne Bogart. SITI Company is one of the most important experimental theatre ensembles in the world. He is a proponent of The Suzuki Method and Viewpoints training and for over 28 years has performed in productions in major national and international venues. These include the Kennedy Center in Washington, D.C.; the Olympic Arts Festival in Atlanta; The Getty Villa in Malibu; the Brooklyn Academy of Music; Actors Theatre of Louisville; Los Angeles Theater Center; Minneapolis’ Walker Art Center; Harvard University’s American Repertory Theater; Scotland’s Edinburgh Festival; Germany’s Biennale Bonn festival; Japan’s Toga Festival; Ireland’s Dublin Theatre Festival; and Festival Le Standard Ideal, MC 93 Bobigny, in Paris.

SITI credits include: The Bacchae, The Persians and Trojan Women, Under Construction, Who Do You Think You Are, Hotel Cassiopeia, Midsummer Night’s Dream, bobrauschenbergamerica, Culture of Desire, The Medium, Small Lives/Big Dreams, War of the Worlds, The Radio Play, and Nicolas and Alexandra, RADIO MACBETH and LOST IN THE STARS

As a playwright with seven original full-length plays produced, Araiza is a member of the Dramatist Guild of America, Austin Script Works and NoPE (No Passport Required). He has directed sections of 365 Days/365 Plays at the New York Public Theatre; Voluspa for the National Theatre of Iceland; Savitri, Dancing in the Forest of Death for the META Theatre Festival in Delhi (nominated for best production and best director) and MEDEAstories, his original adaptation of the Euripides has been performed at TEAK in Helsinki, Finland and also with an international cast for the SITI Studio Theatre in New York.  His bilingual adaptation Miss Julia, based on Strindberg’ Miss Julie has been presented in several international venues including LA MAMA ETC in New York and the LATC’s Encuentro Festival in Los Angeles.

Professor Araiza has been a guest teacher at many universities including at the Juilliard School, Yale School of Drama, SUNY Purchase, Cincinnati Conservatory of Music, Columbia University, NYU, Stanford University, National Theater Institute, Harvard University, University of Chicago, Pomona College, Vassar College and the University of Denver. He was artist-in-residence/guest faculty for three semesters over three years at St. Edward’s University in Austin Texas; and artist-in-residence/Coastal Studies Chair at Bowdoin College in Maine. He was also guest lecturer in acting and performance at Ontario’s University of Windsor. Other international workshops include those at the Singapore International Theatre Festival; South Korea’s Seoul Factory Theatre; the Norwegian Theatre Academy; the Icelandic Academy of the Arts; Festival Iberoamericano in Bogota, Columbia; Teatro Vertigo in Spain, and most recently at the National Theatre Academy in Warsaw, Poland.

Since 2013 Professor Araiza has served as head of the MFA Acting program at the UCLA School of Theater, Film and Television, leading an interdisciplinary program based on collaboration and ensemble training. Ellen Lauren 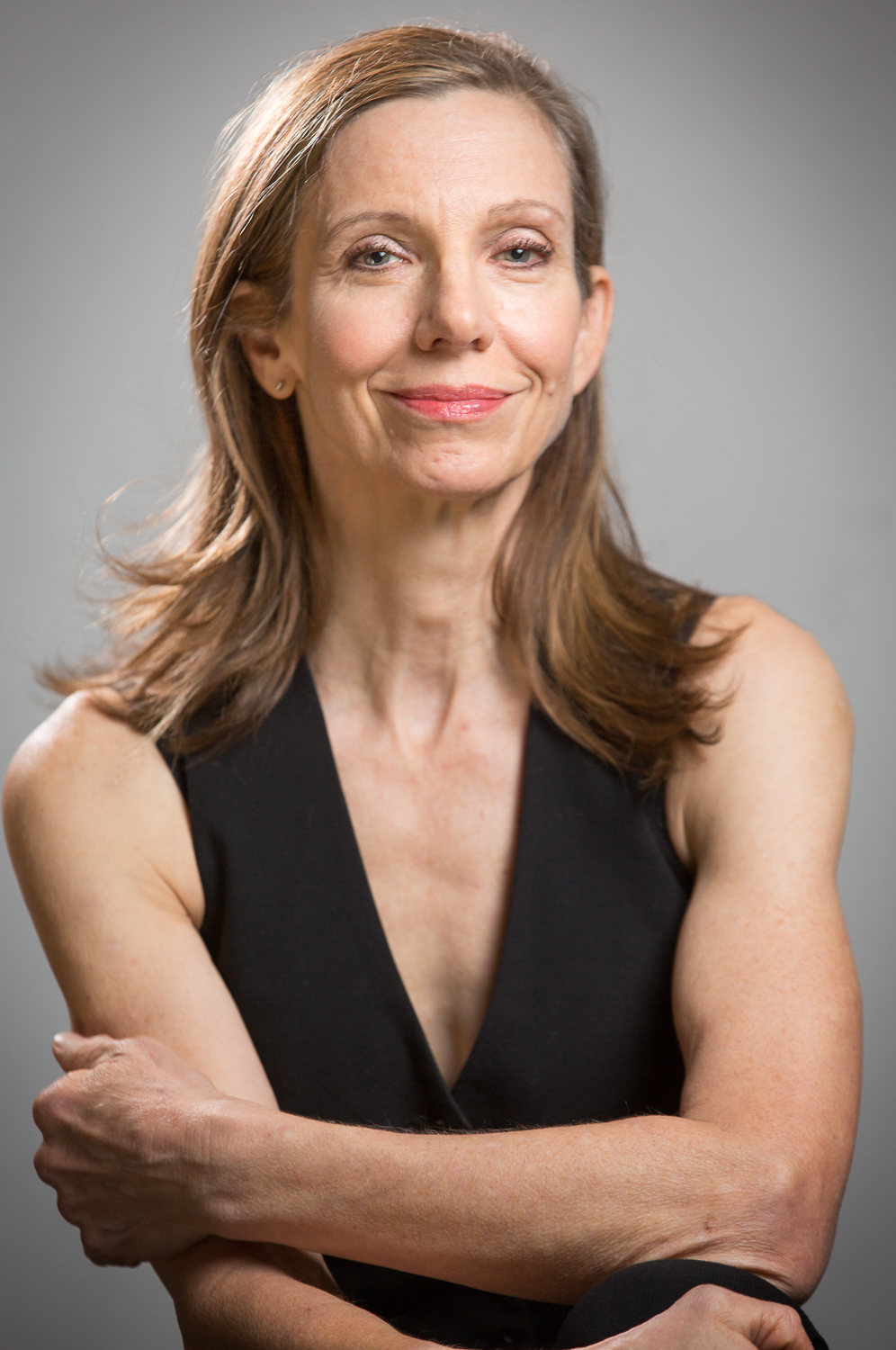 Ellen Lauren is a founding member and co-artistic director of the SITI Company along with Anne Bogart, based in New York City. For thirty years, she has been an actor, choreographer, writer and director in the company. She also is the head of all of SITI’s training and educational programming including the New York studios and intensives, domestic and international residencies and SITI’s bi-annual Conservatory.

She has been an associate artist with the SCOT Company (Suzuki Company of Toga) led by world-acclaimed director, Tadashi Suzuki for 40 years. She has taught and performed with SCOT, including running SCOT’s Summer Training program for 10 years. Touring over 35 countries over the decades in SCOT’s repertory, she has played Agave, Clytemnestra, Juliet, Jocasta and Goneril, and led workshops on behalf of SCOT.

She is a founding member of the International Consortium on Suzuki Training for Actors and produced “Transformation through Training: 2017 International Symposium on SCOT and the Suzuki Training” at Skidmore College in New York where she produced SCOT’s last US tour of their renowned Trojan Women.

She has been an ongoing faculty member at the Juilliard School of Drama at Lincoln Center for over 20 years where she has also directed Iphigenia and Other Daughters and Trojan Women. Representative guest faculty positions include TEAC National Academy, Helsinki, Ecole Jacques Lecoq, Paris, the Royal Shakespeare Company, Carlos Universidad and Vertiço in Madrid, Soif Compagnie Paris, Maastricht School of the Arts, Windsor University, Banff Center for Arts and Creativity, Moscow Art Theatre and Beijing Academy. She was the first recipient of the Theatre Communications Group Fox Fellowship for Distinguished Achievement in the United States and is published in American Theatre Magazine (In Search of Stillness). Scott Cumming released a chapter in his book, Actor’s Actors, on her career and practice.

She is currently working on her book, The Invisible Body.

Unrehearsed Futures: Theatre and drama pedagogy in the post-COVID world