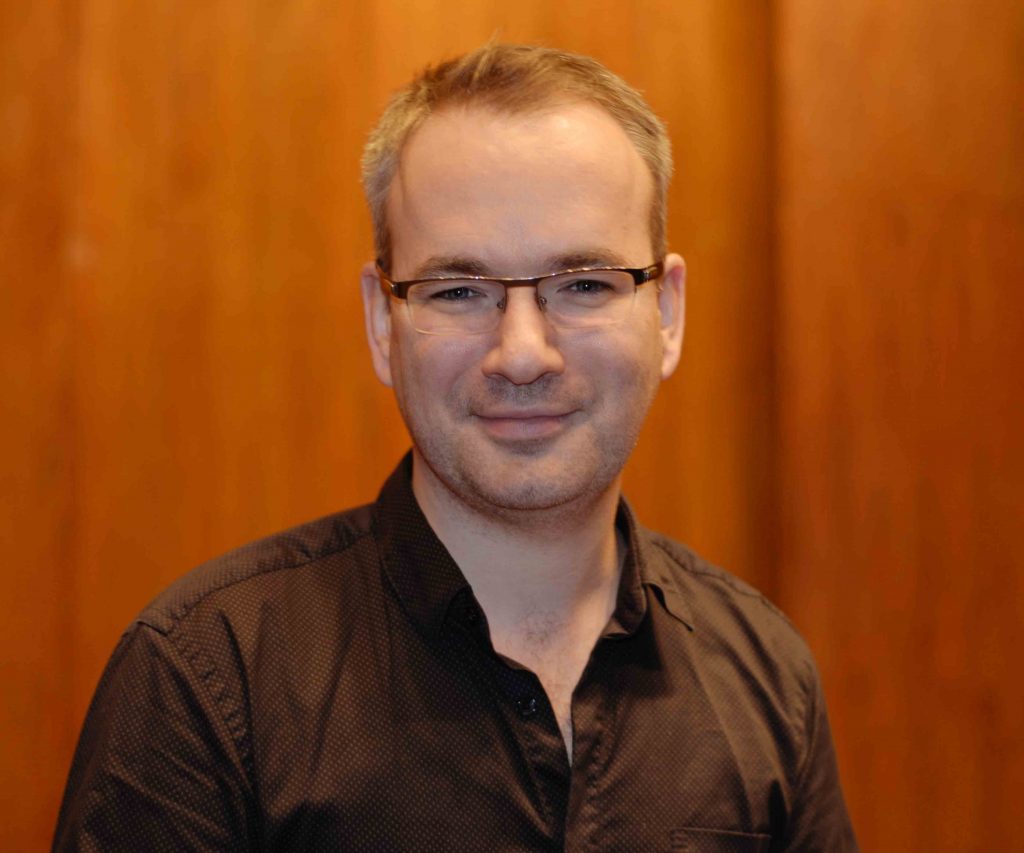 After directing critically acclaimed plays and musicals all over the world, Bruce Guthrie was recently appointed Head of Theatre and Films at the National Centre for the Performing Arts, Mumbai. Bruce has directed Constellations, a play by Nick Payne. It opened for its second run at NCPA on the 21st of November and has received positive reviews across the theatre community.
DSM writer Pranita Pandurangi caught up with Bruce to chat about Constellations, his work at the NCPA and his unique brand of theatre.
Q: What is your impression of Mumbai?
A: It’s an amazing city in every sense of the word. It has order to its chaos and there’s brilliance about it I find hard to explain..

Q: How is being in India and in Mumbai is different from all your previous experiences?
Mumbai is a place to be experienced. It’s not easy to describe – practically or otherwise, and it’s such an assault on the senses – The sights, smells and sounds. The food!
But the best thing for me is the people. When I went to Prithvi Theatre the first weekend I arrived here, I was in the café and at one of the tables, there were two guys who were having a chat and I asked them what they thought of Prithvi.  They gave me recommendations and then we bought food and ate it and they just paid for my meal. There were two people who were just hanging out there and there was no reason for them to buy me a meal but they did that and stuff like that happens all the time here.

Q: How is working in India similar to working in other parts of the world?
I think it’s similar in terms of the passion and the appetite of audiences to see great work: to be entertained, moved and challenged. A place like the NCPA has an outlook to be not just a cultural hub for Mumbai but one for India and internationally. That’s a big priority. It’s exciting to be in a place where the ambition and ability are there. Meeting everybody and working with the theatre team is humbling. People have been receptive to my ideas but they also have their own ideas and that’s great.

Q: What are your plans for the NCPA and how long do you see yourself working in India?
For the moment, I’m here for at least two years and we’ll see how things go. In terms of plans and strategies, I won’t go into specifics but what we want to do is to be ambitious with our productions and not just in terms of production value and scale. It’s also important for us to do longer runs for the benefit of audiences, actors and practitioners. We are looking into opening up to younger people – there’s a big emphasis on that with the Add Art fest – all kinds of shows and events are available that might appeal to them. Being able to make audiences know that we are really here for them is also going to be a major focus.

Q: Could you take us through your process as a director? Is there a particular way you approach the stage or the text? 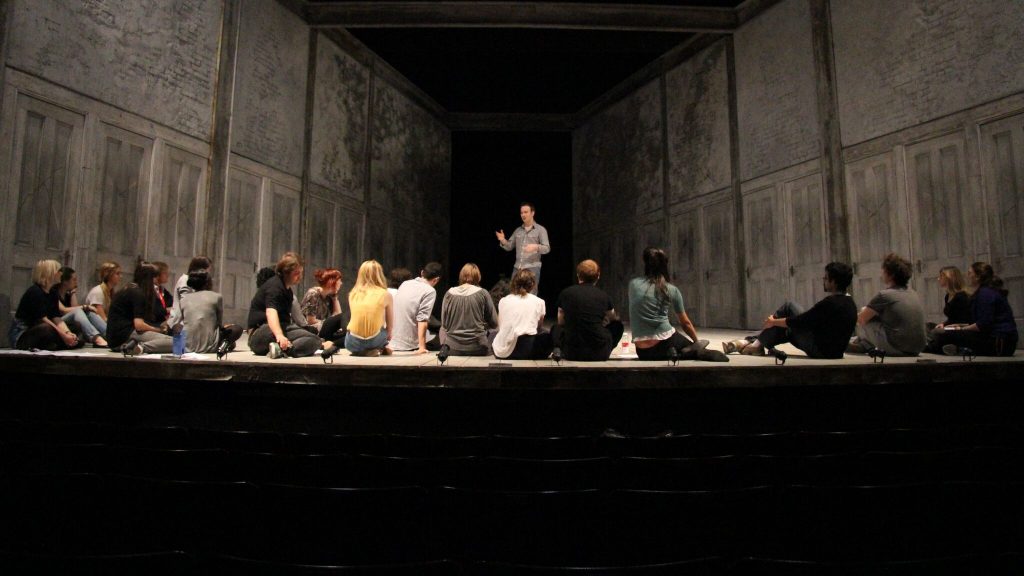 I am very much text-based director. I believe the writer is the real creative artist and everyone else is an interpretive artist. We take and create an interpretation from what the writer has done. The first thing I do is read the script from cover to cover. Then, break it down into chunks based on entrances and exits and stage directions. I also use the process of creating lists for each character – what they say about themselves, what they say about other people and what other people say about them. Then, I make a list of absolute facts and then comes the process of imagination exercises and it’s all based on the text. I read the play and jot down my initial ideas but then I go back to the text. I think it’s important to know what a thing is before changing it rather than just saying ‘this is what I’d like to do with it’.

Q: For Constellations, what was your experience of using Indian actors for a fairly British production in terms of text and why did you want to do it here?
It’s a brilliant play and for me that’s the best reason to do any piece of theatre. The creative team and actors loved it too: Jim Sarbh and Mansi Multani are both terrific actors and have been wonderful to work with. They are professional, diligent, hard working, imaginative people. As a director, that’s what you want from actors. They are also great friends and able to respectfully disagree with each other, which is very important. They get up and they do stuff and they don’t just talk. Actors are supposed to act and not just talk around the subject. They are excellent emotional athletes, which is vital for a play like Constellations where they play multiple versions of the same scene with differing outcomes. The concepts of the multiverse and string theory are explored in the play and I haven’t seen a play that does more to explain that than Nick (Payne) does. It’s very much about love but it’s not just romantic as such. It’s about two people destined to be together. The play asks the question of whether you believe in destiny or do you believe that everything and anything can happen.
Mansi’s character Marianne is wrestling with the question of whether she should commit suicide (euthanasia). In some realities, she has a degenerative and inoperable tumor in her brain and doesn’t want to waste away and that is the real crux of the story. But far from being depressing, it’s a life-affirming story. It’s about the quality of making the most of what we have. I love that about the play. It makes us question our own lives, journeys, and perspectives. The short answer is the reason to do it is that it’s awesome. As for the cultural differences due to the play being set in the UK, I think the actors have responded incredibly well and it’s not a problem. I like to learn about things I don’t know anything about. As a director, it’s your job to be interested in everything.

Q: Tell us about your other upcoming work.
Well, we have the Add Art Festival that opens on 29th November 2019 with days that are packed. I’m producing and curating that with the theatre team. It’s across all genres – all sorts of music and dance and I will be running the workshops – acting, musical theatre, acting through song, and also one on the cultural diet of an artist. We’re doing something that happens everyday. For an hour each day we are going to do hot seating – something like speed dating but not really, everyone gets an opportunity to break the ice. You might have a graphic designer who meets a producer who meets a chef who meets an actor. Meeting interesting people who you might otherwise not. You can speak for four minutes and go to the next person and that’s called ‘Creative Connections over Cocktails’. People can connect with like-minded people at the NCPA. I’ve also got ‘Sea Wall’ by Simon Stevens that opens on 1st Dec and Jim Sarbh is performing in that. We want theatre to be available and accessible to as many people as possible. Art has value, the actors and creative deserve to be paid for their work so we can’t make it too cheap but we want to explore ways of making theatre more affordable without compromising on the quality of the work.

Q: What is your advice to young theatre makers?
Make sure that you’re passionate and don’t say you can’t afford something – ask yourself how to do it differently. If you’re in the room, it’s your job to find the solution and not more problems. Read everything and be curious about the world. My ‘cultural diet’ talk on the 30th of November is about that. I’ll be sharing thoughts and advice I wish I’d been told when I was 21. The trick is to make work happen. We can all talk about it but it’s what you do that makes the difference. I’m inspired by dancers – they understand that to succeed at what they do will cause them pain, what they do is hard and it’s going to cost them something in terms of time, money, head space, exhaustion in the muscles and joints in order to achieve what they want to achieve. Being an actor can be a lonely thing. The worst thing that you can do as an artist is nothing.

Aadyant: From the beginning to the end In conversation with Yuki Ellias

Finding the Classic in the Contemporary: An interview with Mangai