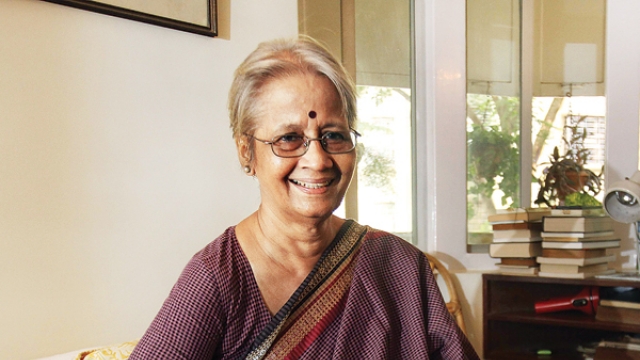 A legend in her own right, any new work by Shanta Gokhale deserves to be celebrated. This November, Performance@theDSM pays tribute to her latest play by hosting a dramatic reading for public.
Menghaobi: The Fair One, written by Gokhale, directed by Mahesh Dattani and produced by Playpen Performing Arts Trust will be hosted on 25th November, 2017 at the DSM. It will be followed by a discussion moderated by Dattani.
The play is about a complacent middle-class homemaker from Delhi questioning India’s most revered political activist and her struggle. Irom Sharmila has spent 16 years fasting to repeal Armed Forces (Special Powers) Act (AFSPA) in Manipur and stop political violence in India’s insurgent states. The play navigates through grappling the uncertainties of Sharmila Irom’s future and the states affected by the AFSPA act.
About Shanta Gokhale
Shanta Gokhale is an eminent novelist, translator, columnist and performing arts critic. Her works include two novels, plays, short stories, film scripts, and many features. She has translated plays from and to English. She has also published a critical study on Marathi theatre, Playwright at the Centre: Marathi Drama from 1843 to the Present and has edited books on the works of Satyadev Dubey and Veenapani Chawla.
Title: Menghaobi: The Fair One
Written by: Shanta Gokhale
Produced by: Playpen Performing Arts Trust
Directed by: Mahesh Dattani
Cast: Anadi Nagar, Ashish Joshi, Gaurangi Dang, Padma Damodaran, Parth Zutshi and Sukhita Aiyar
Tickets: Rs. 250
Book your tickets on BookMyShow.