Marathi theatre in Mumbai: Then & Now 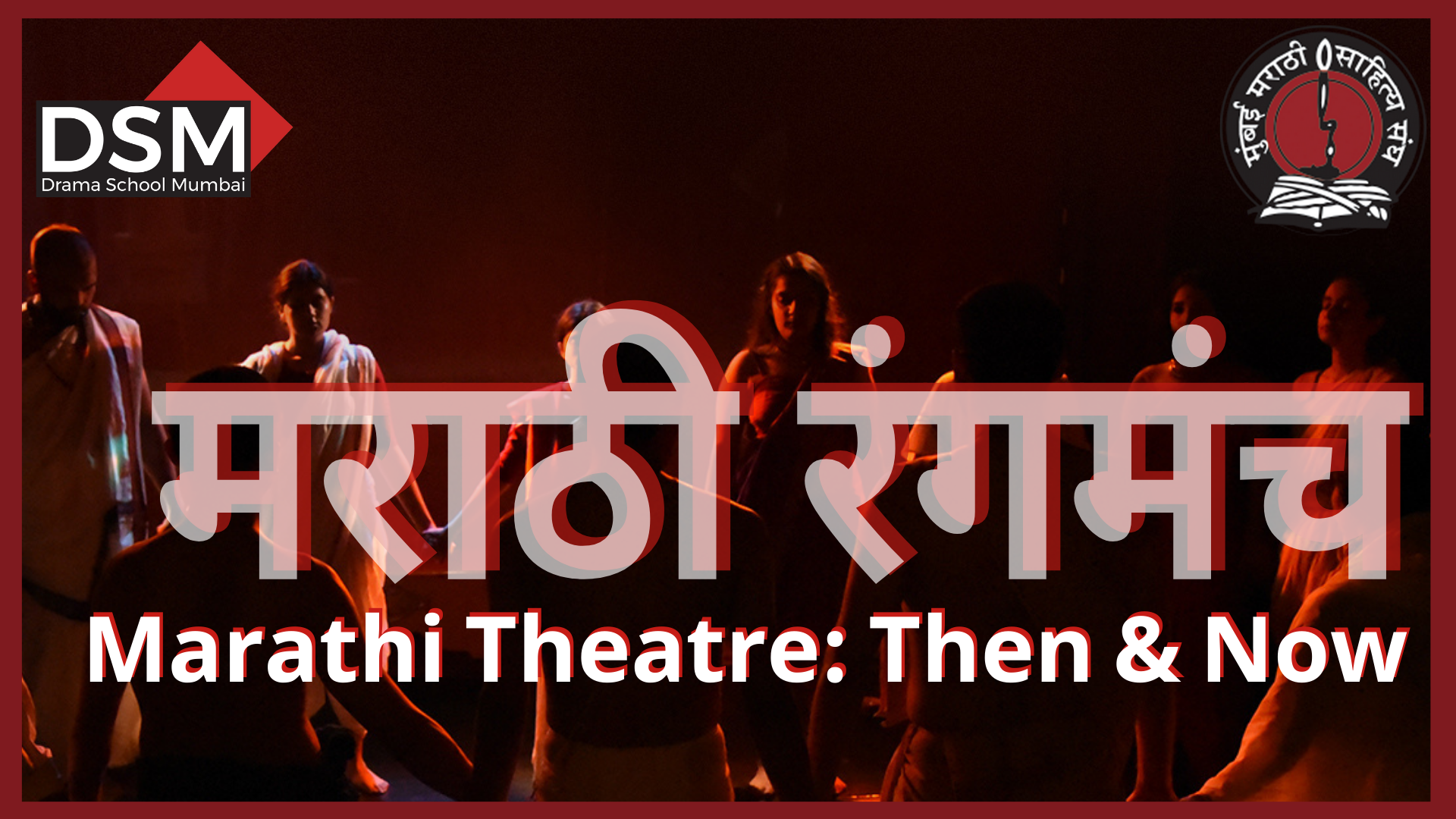 Over the years, MMSS’s support of theatre has ranged from hosting annual theatre festivals to establishing a repertory ensemble to become a professional theatre production company in Mumbai at the time when the actor-manager-owned companies were suffering a decline due to actors moving on to cinema. They’ve produced successful plays such as P. L. Deshpande’s Ammaldar (1952), Tujhe Aahe Tujpashi (1957) and Sundar Mee Honar (1958), as well as revived works of masters like G. B. Deval, R.G. Gadakari, Acharya P. K. Atre and Mama Warerkar. This helped them gather funds to establish a grand auditorium in Girgaum, designed along the lines of the old-vic theatre in London. The auditorium was inaugurated in 1964 – and Marathi theatre had a home of its own!

They continued to champion playwrights, forged a new brigade of directors, and introduced western plays by Shakespeare, Moliere, Brecht and Ibsen, among others to Marathi audiences. In 1968, MMSS started Amrut Natya Bharati, the first theatre training institute in Maharashtra – instrumental in providing talent to Marathi stage.

In the 1980’s, migration of the Marathi population northward to Dadar and other suburbs, meant there were fewer audiences for MMSS – and their activities had to evolve yet again. Their desire to innovate and reinvent according to the needs of the time, as they had done in 1944 and through the 60’s and 70’s – creating entire movements of theatre in the process, still burned.

In 2003 the MMSS opened their doors to Theatre Professionals (TPPL), and in 2013, they provided generous cooperation and support towards the founding of The Drama School, Mumbai (DSM). Together, the MMSS and DSM now create a space for drama training, and with it the promotion of a new generation of theatre practice and culture, relevant to a more cosmopolitan Mumbai.

In the past year, digital platforms have proven invaluable to the arts – with so much learning happening online. As we prepare for another lockdown, it is imperative to keep the learning alive, and varied. In a bid to offer Marathi-speaking drama enthusiasts proper training, the chance to hone their natural talent, and some exposure to the realities of a career on stage or screen, MMSS and DSM have launched the online Amrut Natya Bharati (Anabha) workshops.

These workshops were devised to optimise the digital medium, and make theatre training more accessible to wider, non-English speaking audiences. These foundation workshops can help young talent start their journey into acting, and theatre-making, and enrich the Marathi theatre/film industry with new voices and stories. These workshops are open to all – no prior theatre experience required. The topics covered by the workshops are aimed at laying the foundations for young talent eager to journey towards the stage or screen.

As theatre continues to evolve, inclusivity and accessibility in theatre training – especially for non-English speaking audiences, is vital. If we are to keep the arts alive during adversities like global pandemics – it is crucial to equip, engage, and embrace a new generation of artists. In this digital age, we hope to keep the learning going. After all, the show must go on!

Interested in the workshops? Know more or register here!