Let Your Voice be Heard: Musings and mechanics of the new age of oral storytelling


Once upon a time; in a place that could be anywhere in the world; people gathered to tell stories. Everything, from the neighbourhood gossip to legends and myths, took shape through recounted narratives. Today, in an era where voices are being silenced by the noise of gunshots fired outside homes, let us go down the rabbit hole and explore where storytelling came from and where it is headed to.

In India we call the oral storyteller the sutradhar. Each region and form of storytelling has its own version of the sutradhar. Narrators of ritual stories are called kathavachaka or vyas, in Rajasthani folk culture the storyteller is the crow (kaga or kagala) and it is the bear or karadi in Tamil folklore. What’s important to remember with oral storytelling is the fact that it’s not just a verbatim narration of written text. The sutradhar weaves together tales while offering their own point of view and even adopting a different style of narration. Often there were troupes of storytellers that performed parts of their narrations. One can observe precursors to the different stylistic techniques that would further be developed for print, performance and even film (remember Amitabh Bachchan setting the scene for Lagaan?). Oral culture after all comprises of infinite experimentation and mutation.

In short, the role of the sutradhar is meant to be appropriated by practically anyone who has a story with a point of view. Once upon a time, that could be a parent, grandparent, next-door neighbour and today it could be a theatre-maker, a marketing guru, an activist… or even you.
In the 50s, with the advent of technology in media, this role was taken on by radio announcers. From Ameen Sayani’s Behno aur Bhaiyo days, radio jockeys added their own brand of zany energy to engage their audiences. Also, because it could reach so many people at the same time, radio became (and remains till today) an important platform to create social awareness. From reminders to eat breakfast to popularizing the use of nirodh to the diffidently splendid family planning PSAs on air right now, radio took the concept of storytelling with a message to a new mass level. Radio jockeys have become the voices of local and national concern, often attracting attention and ire in equal measure.
But FM still is a commercial space, where unnecessarily long and often incoherent advertisements, jingles and plugs can literally cause a pain in the ear and distract from actual content. So the time is ripe for an ad free, on-demand platform, capable of inducing aural ecstasy and perhaps the single greatest attempt at keeping the oral/aural tradition alive: The Podcast!
This is not exaggerated hullabaloo, there is some great content being masterfully produced on podcasts and most importantly, there is a variety of them to choose from. One of the most famous networks that produces podcasts is the National Public Radio, also known as NPR, where you will find gems like RadioLab and TED Radio Hour that bring together stories of human interest breaking down dense and abstract ideas through anecdotes, interviews and conversations over the course of an hour-long episode.
With respect to Indian podcasts, Audiomatic has a great network of podcasts such as The Intersection, a fortnightly podcast that melds stories of science, history and culture together and puts a pun-ny twist on them. The Myth and Culture Podcast is hosted by the celebrated novelist and speaker Devdutt Patnaik along with Jerry Johnson who is a writer and speaker on Western Philosophy. From tackling current issues of free speech to laying out the history of nationalism in India – this podcast lays out a rational audio diet for discerning seculars. The unscripted, conversational narrative of a podcast makes for lucid dissemination of information and retention.They are specially curated, each one produced and edited in a distinctive manner that creates for a very unique listening experience. 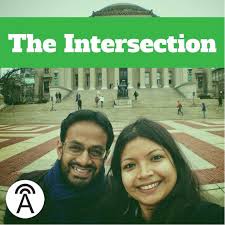 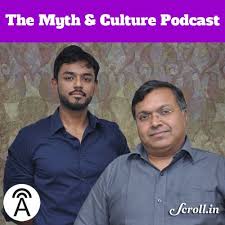 Of late, podcasts and the radio are also being used for more performative types of work such as Neelesh Misra’s performed readings of his original stories and Snap Judgement, another storytelling podcast that puts together two or more stories that are tied together by the same theme. Another venture of note was Deshik Vansadia’s staging (of sorts) of plays by Shakespeare on All India Radio. When asked how he thought to do the plays over radio he believes that, “plays were meant to be heard” and especially in the case of Shakespeare where the language and words played such a dominant role, it really did not take anything away from the play to do it on the radio.
Vansadia is also of the opinion that although not every play can work on the radio as well; if actors are willing to work hard enough and don’t treat it like a radio play then a modern play can be adapted for the radio and this is a direction that should be explored because it gives actors a chance to focus more on their voice and their craft rather than the spectacle.
Now although there has been a steady rise in podcast listeners in the last couple of years, the technology is slowing turning obsolete. Alphr.com went into great depth about this in an article; the gist of which is that the technology used to listen to podcasts needs to be updated to allow soundbites on social media that people can listen to instead of providing new listeners with an entire library to choose from, which can be overwhelming. Until that happens, this article by Maria Popova on Brainpickings may give you some direction on what you may like if you’re new to podcasts.
The point is that there is return to listening and now we as audiences can chose what we hear.
But since our article started with the idea of using, or in some cases subverting, new mediums of voicing our truths, here is a friendly guide on doing it yourself. You could also follow Sonologue and sign up for one of their podcast workshops.

How to Start Your Own Podcast in Five Easy Steps:

Step 1: Do your research. Figure out what you want to talk about. Take cues from podcasts that you like listening to and understand why you like their content. Ultimately we’re all trying to say the same thing, focus on the way you choose to say it.
Step 2: You don’t need fancy recording equipment if you’re just starting out. A smartphone sound recorder works just as well. Try not to rely on a script, instead make a list of key points that you want to cover in the course of the episode. Try not to ramble too much and stick to a time frame.
Step 3: You can edit your podcast using Audacity and AoA Audio Extractor. Include sound bites for an intro and an outro if you’d like. Free resources can be found here.
Step 4: Post links to your podcast on all your social media accounts and WhatsApp groups. Emotionally blackmail your friends and family into listening and subscribing to you.
Step 5: Keep generating content. Whether you want to do this every week, month or every quarter, it’s upto you but keep up with it because now you’ve taken on the responsibility of carrying forward a tradition that has been closely associated with your culture for a long, long time. No pressure. Good luck!

A Look Back: The Alexander Technique with Sarah Barfoot Weekend Acting Programme with Maneesh Verma