A Note From Irawati Karnik, DSM’s new Academic Head of School: ‘Hope to drive pedagogy towards a more multi-disciplinary approach’

Editor’s Note: DSM is thrilled to announce Irawati Karnik as the new Academic Head of School. Irawati has been closely associated with the school, its design, and its philosophy over the last many years. During the pandemic, she has been an amazing resource from whom we could all learn to keep the school going and make all the pivots that it did. We look forward to her joining in this new role of Academic Head, and leading the school’s activities successfully into the future. Here, she shares her vision for the school: 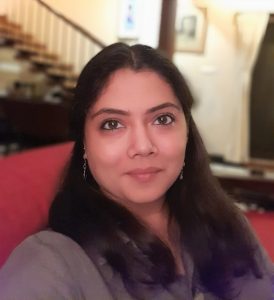 Needless to say, I am honoured and excited, and nervous to be joining as the Academic Head of School. I realize that it is a huge responsibility, one that I take extremely seriously. We are going through a time of tremendous flux. Whether it is the rapidly fluctuating economic landscape or the burgeoning rhetoric of discrimination and difference, we find ourselves asking fundamental questions about what drives our art. As a school, I hope we can further this dialogue: to ask why we are telling the stories we’re choosing to tell; to question the traditions we have been taking for granted; to figure out what kind of theatre belongs to our time.

One of the things that makes the DSM an exciting institution to join is that it is not stuck in its ways. It feels like an ever-growing, ever-adapting organism. In the past, the DSM has been asked about its focus. Whether it is a school that primarily focuses on training actors and whether the theatre-making aspect of the training is as involved. Over time, that has been shifting. The DSM is becoming a fertile testing ground for students to make rigorous, experimental and provocative work. I hope to take this further. With the help of the entire team, I hope we can drive the pedagogy towards a more holistic and multi-disciplinary approach. To not only build competence and skill but to also facilitate the process of discovering students’ artistic voices. To prepare them to participate vigorously and generously in a global community of the performing arts.

I am also very aware of the work that has gone into making the school what it is today. The countless people who have been and continue to be associated with the school in various capacities, who continuously shape the school and help it grow into a space where aspiring artists from different walks of life can come together to find out what connects them. A space where students grow into artists who are responsible, compassionate and sensitive while asking questions that matter. I could not have asked for a better team to do this work with and am deeply grateful for it.

Irawati Karnik is a writer, playwright, screenwriter, translator, dramaturg and actor based out of Mumbai. She writes in Marathi, Hindi and English.

Irawati began her theatre journey by working closely with the late Chetan Datar for the theatre group Awishkar, founded by the late Vijay Tendulkar. Since then, she has collaborated closely with several imminent theatre directors to create plays that have been performed across the country. An alumnus of Sir J.J. School of Fine Arts, Irawati has also worked towards Research and Documentation of Indian contemporary art. Her writing and translation features in books published by Bodhana Arts & Research Foundation. A number of her translations, both fiction and non-fiction, have been published by Oxford University Press. Irawati has won several awards for her work including the Ustad Bismillah Khan Yuva Puraskar in 2009, Best Original Script awards at the Mahindra Excellence in Theater Awards, and The Maharashtra Sahitya Parishad Award among many others.

Curated Conversations #1 ‘Dramaturgy of Modern Resilience: Tech-o-lution’ with Amitesh Grover On The Other Side Of The Pandemic: Ideas, Practices We Take Ahead In Theatre