The Festive Spirit: An interview with Prasad Vanarase

Interviewed and written by Arwa Janjali

Vidyanidhee Vanarase (Prasad) has been a recognised name in the theatre circuit in Pune. After playing different roles such as a teacher, director, arts and cultural manager… he has an exciting addition to his theatre profile – Founder Director of the International Association for Performing Arts and Research (IAPAR).
IAPAR is the first-of-its-kind initiative in Pune city to bring together theatre practitioners and arts educators from across the globe. Its annual IAPAR International Theatre Festival has become the most looked forward to event ever since its launch last year.
In conversation with Prasad on IAPAR’s theatre extravaganza and the blooming trend of festivals in the country. 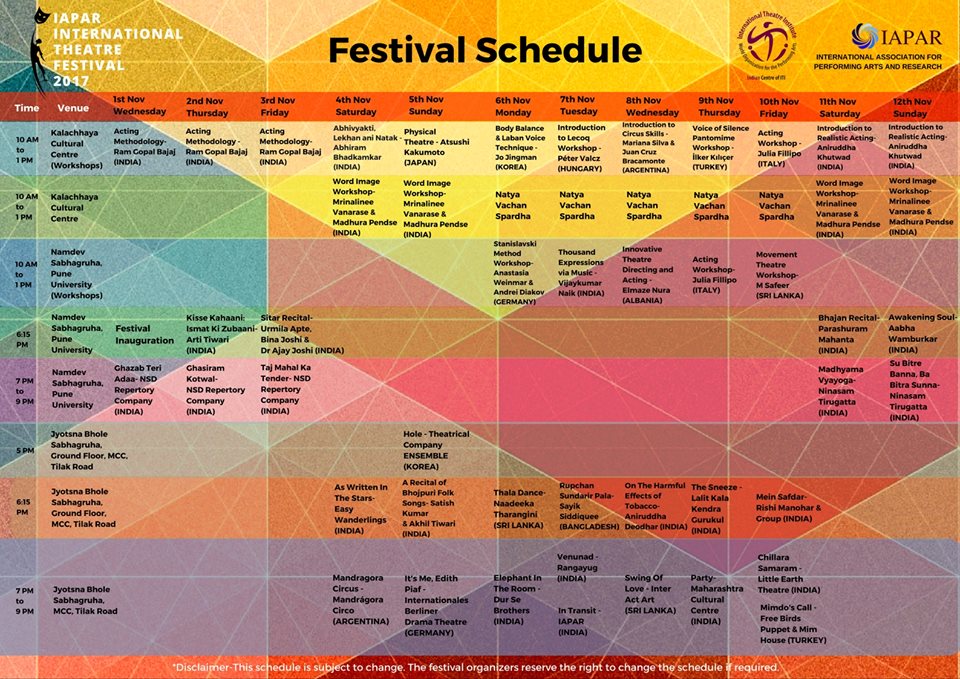