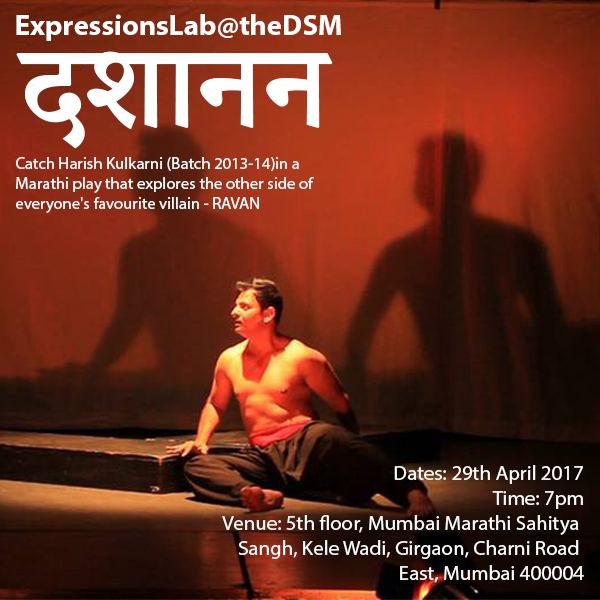 Dashanan is a solo performance. A single man on stage telling the story of Ravan. It is a story we all know. The story of Lanka’s demon king. But maybe not the whole story. We know the ten-headed demon for his greed and lust.  But Ravan was also a great king – renowned for good governance. He was an accomplished warrior and a devotee of Shiva. This solo performance concentrates on the oft-missed colours and flavours of a myth. And the people in his life. Thus does this tale become a commentary of on the social and political conditions of today.

About the Playwright: Pradeep Vaiddya

Pradeep Vaiddya has been working in theatre for over twenty years. He has been a writer, director, music composer, singer, light designer, theatre trainer and theatre manager. A household name in Pune, Pradeep was part of the India Theatre Forum’s first arts management programme. He has won a META for Best Light Design in 2007, 2011 & 2016.  His founded Expression Lab that focuses on enabling new artists through solo performances.

About the Director: Suyog D. Deshpande

Suyog has been working in experimental theatre for the past 6 years, mainly with Aasakta Kalamanch and Expression Lab.

Harish graduated from The Drama School Mumbai in 2013-14 and has since acted in several plays and films. Dashanan is his second solo performance @theDSM.

Training Session by Jehan Manekshaw: The DSM comes to Delhi The DSM Comes to Thane